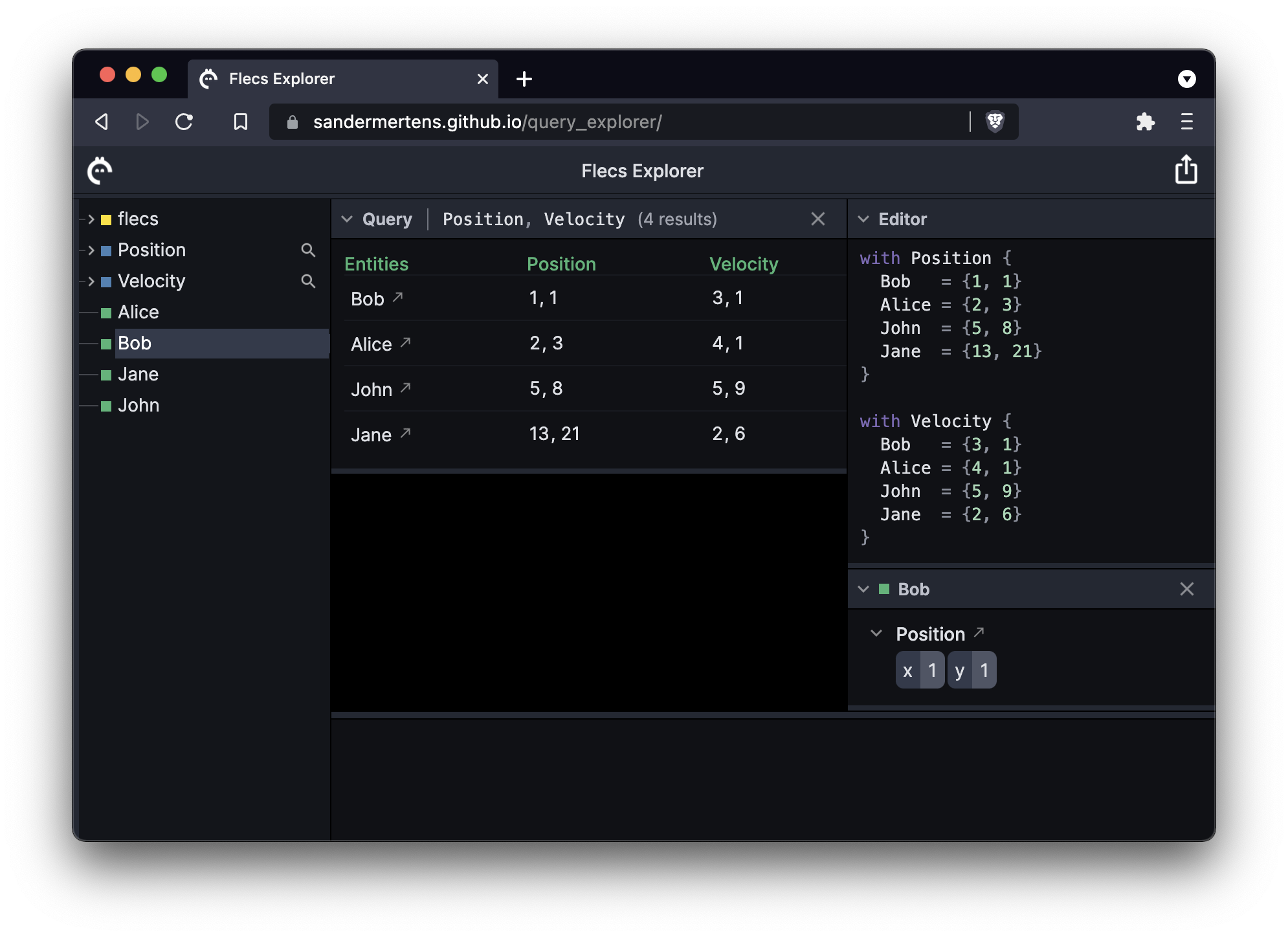 You're looking at Flecs v3! While v3 stability is good, API changes can still happen.

ECS is a new way of organizing code and gameplay data that lets you build game worlds that are larger, more complex and are easier to extend. ECS is different in how it dynamically binds simulation logic ('systems') with game data ('components').

Something is typically called an ECS when it:

A simple example of this would be a game with two components, Position and Velocity, and a Move system that finds all entities with both components, and adds Velocity to Position.

Here is some awesome content provided by the community :heart: :

Here's an overview of all supported addons:

Flecs Hub is a handy collection of repositories built with Flecs that showcase basic ways of how to build engine features like input handling, transformations and rendering: